There are three main reasons why The Faroe Islands are so special to me. I will not rank them, as they depend on each other, but I tell you, that you never experienced people, traditions and nature like you do here. And then there's the combination, when wonderful people do traditional stuff in spectacular surroundings!

Being proud of their Norwegian ancestry, the Faroese tend to guard the traditions better than we do. To honour a long gone, once common king Olav - the holy Saint Olav - they have their biggest annual celebration in late summer in his memory. They actually made it their National Holiday (never mind the Danes), and the party goes on for three days, with July 29th being the main thing.

Again based on old Norwegian customs, there is a Faroe Championship in rowing the "færing", a slender rowing boat for six to ten rowers plus cox. There are classes for youngsters, female and male and the teams have been through a cup every weekend the last two months, before the grand final in Thorshavn the 28th of June, as Olavsøka begins.

It is hard to describe all the simultaneous events going on through the days, but choir singing, concerts and speeches are an important part of it, as well as happily mingling in and around the houses in Thorshavn. This all culminates with massive participation at midnight, when a considerable amount of songs are sung with all verses, bottles are emptied and armes are hooked into each other for an impressive group - no, mass - chain dance. Gotta s
ee it to believe it. It continues into the night in Sjónleikarhúsið and is something you will never forget.

Ehhh... late at night, this is what you might end up in (called "gladfylla" in Norwegian): 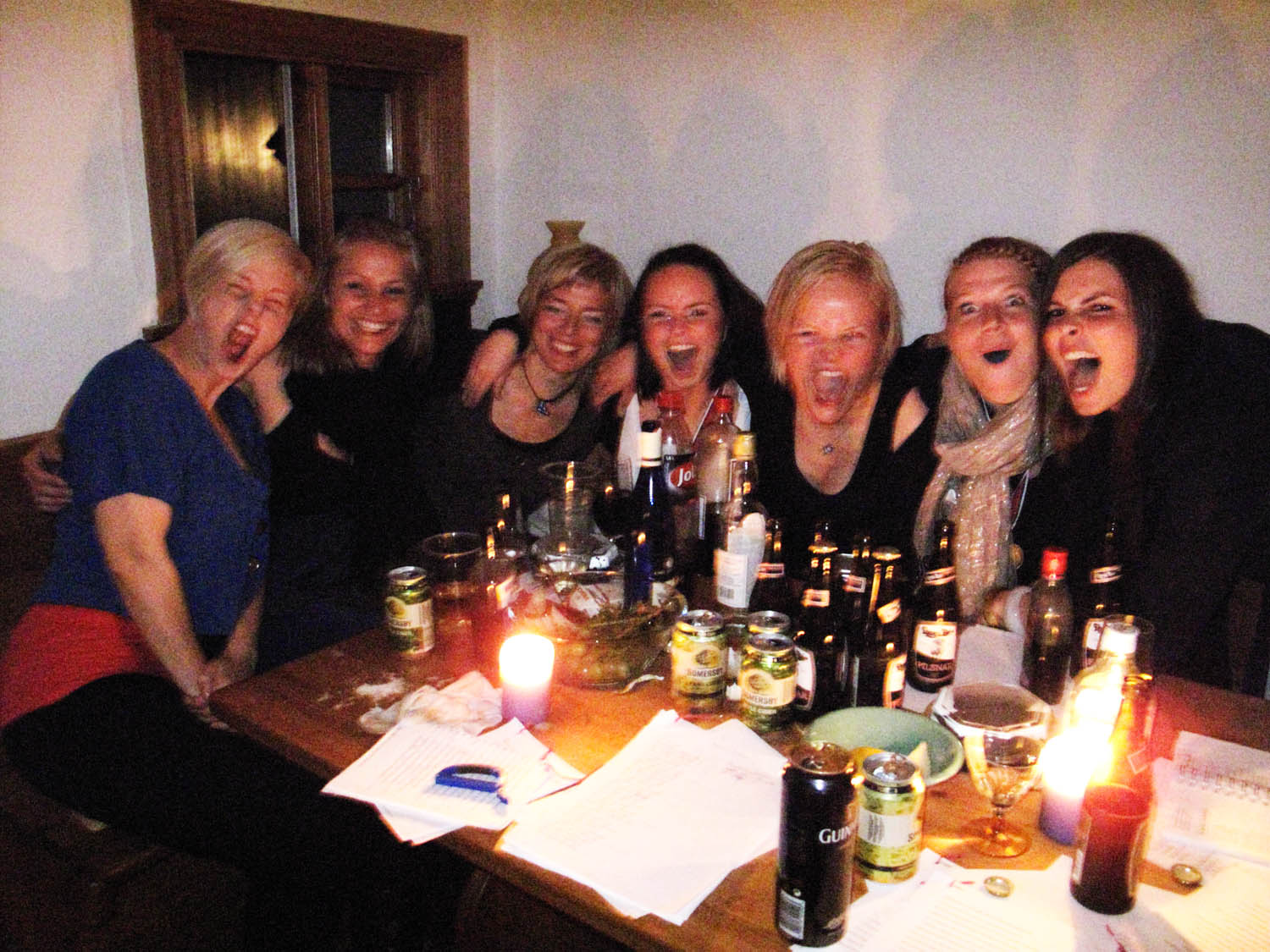 You did remember to click on the photos, right, to see them better?