Not a big deal, you might say, but one I have never experienced before. I am in a tourist trap called Marsa Alam, about wich I will share my grumpiness later, but even here, among ridiculously overpriced suvernirshops in the "souk" (tourist trap shops), I had an interesting human encounter.

I was looking for a cap, as I seem to have forgotten mine on the bus. The first shop in the shoppingstreet (sorry "traditional style souk") had one to my liking. Price 75 Egyptian pounds, about 10 Euro.
"OK," I said, and left, without the cap.
"Wait, do you not want the cap."
"Maybe, maybe not, but I believe that you will think about this conversation and remember the right price when I return later."
"OK, you will get it for 50."

That is the lowest price I expected, so I agree without further ado, but he invites me to sit and begin to discuss politics and religion. He is on the hard core side of views. Women must be covered, and all that. And Allah is all merciful. Muslims do not condemn anyone. Islam is open and tolerant. I have heard all this a few times now, and I sincerely agree in that the religion is open and tolerant, especially as it is performed here in Egypt. That is one of the reasons why I like the country.
But the view the guy has on women provokes me profoundly. Maybe even more because he works in a place like this, where bikinis flourish.
"I do not really want to work here," he honestly admits. "But I have to."
Times are hard, and will get harder, so I understand him. He is a very nice guy, except for all his conservative opinions concerning women. I deeply recommend sex before marriage, free flowing hair and claims that it is on high time to take another step in equal rights in Islam. The first and only step so far was great and important - but was made about 1400 years ago. Time for an update, a 2.0 version of the Koran, maybe. I have been told that scholars are actually working on a new interpretation, and that the Koran gives room for a lot of improvement in this matter, but this is not at all necessary, according to my new friend here.

Back to the deal. He tells me that he would work with cows, rather than attend the needs of tourists. This is why I like him. He is straightforward and honest. More honest than I first imagine.
"You know, I hate this job. It is against the Koran to be unfair and unjust with people."
I have no clue what he is talking about.
"I will not let you pay fifty for that hat," he then says. I would feel terrible if I do that.
"What do you mean?"
"We do not pay more than ten for it. You should pay fifteen."
"Come on! This is a tourist trap, Europeans who come here can afford fifty. It is OK."
"No it is not. It is unfair and against Islam."
"You mean it is Haram?"
"Yes, if I take those money, they will disappear quickly. I will rather earn 40 honest pounds in a day, than 200 in this way."
"You really mean this?"
"Yes. Those 40 will help me more than the 200."
"Lets say 20 then."
"No. 15. Not more."
"Can I leave five by the side, as a gift to your children?"
"No." 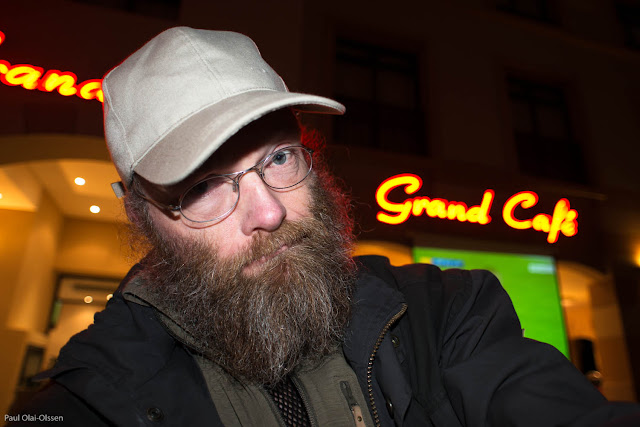 He means it. I have just been "counterhassled" downwards to a very, very low price for a cap that fits me perfectly. I leave promising not to add his name to the story, as he would be fired if is boss found out.

My fascination of this country is watered and fed once again. The contrasts, the human stories, the confusion and turbulence between development and tradition ... but the last place in Egypt I expected to find such a good Muslim, was here, in Marsa Alam. I will complain about the place later, as promised above.