Try to visit Paris without seeing the tower. Or the arch. Not even the most famous shopping street in Europe or the Church of Our Lady or The Holy Heart. Just settle in a corner - an "arondissement" of this huge city and stay there. 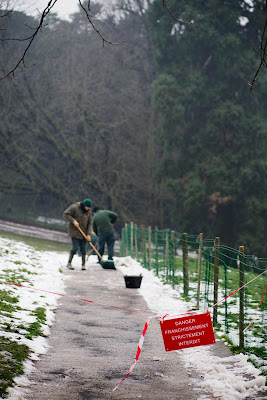 My base was the 10th. It is fairly central. It has a rather spectacular park, which is now under vague influence of some snow.
Parisians are afraid of snow in the city, by the way. At least it seems so. It is probably really difficult to look elegant on snow, with parisian shoes (although they manage extremely well in Moscow, but they have more practice, of course).

I am not nearly as afraid of stepping in snow, as of skidding in turds. Dogshit, I mean. And you normally find a lot more of that, than of ice in this city, be it summer or winter.

In the early morning, they have a big market here in my area, where I felt almost like back in Egypt. I heard more arab language than French , among vegetable and fruit in that street. Actually, every district has a character. You may find one street consisting of entirely japanese restaurants, if you need one, or ten.
Wherever you go, however, central Paris has become too expensive for poor people. That is, of course, not soo good for the poor people, but it is very nice for the rest of us, as it means that it is pretty safe all around, 'cause as you well know, poor people are a bit dangerous. Except in Cairo, but that is another story.

Talking about Cairo, I have to say that I miss the smiles from down there. Parisians do not smile unless you really trick them into it. Some say it is because of the hard financial times. Others blame the winter. Personally, I think they only smile two days in spring. And most of them dress in uniformed black. I get so happy when I see something red, like I did one day in the subway. And when I walk with Alice. She has a red coat, so I will not easily loose her. 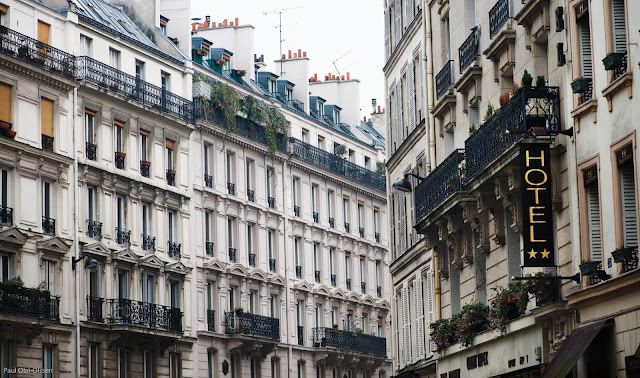 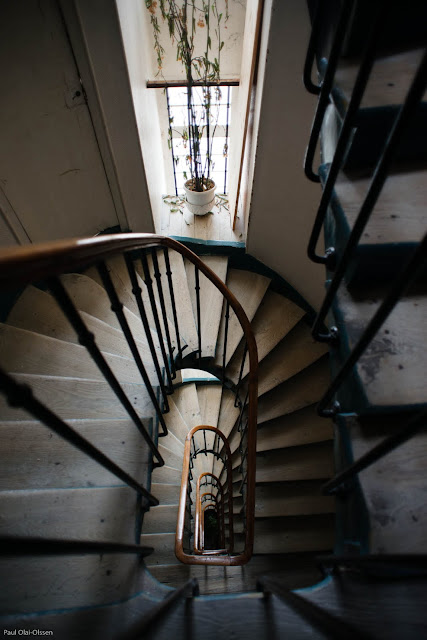 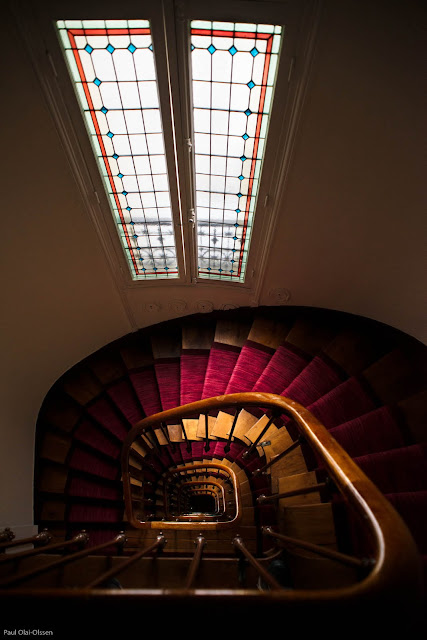 Talking about poor and rich, the reason why the traditional buildings have balconies on the second and top floor only, is that those where meant for the wealthy parisians. The rest of us could not afford that, and stayed in between. I like to see the stairwells of these houses, and Alice's stairs are not nearly as nice as Kristell's. But maybe even more charming. 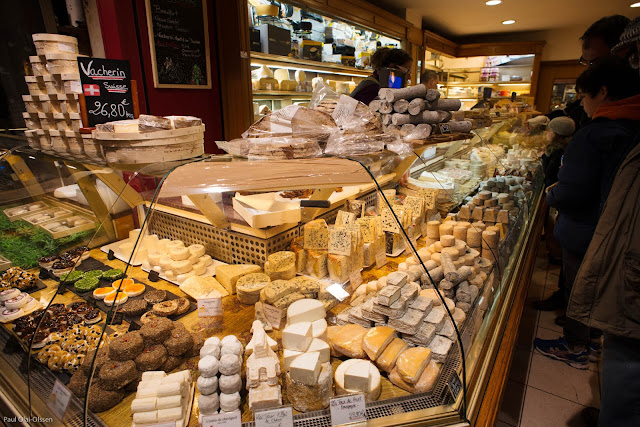 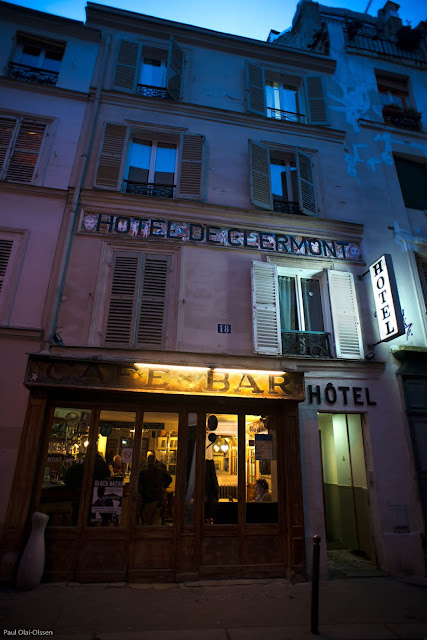 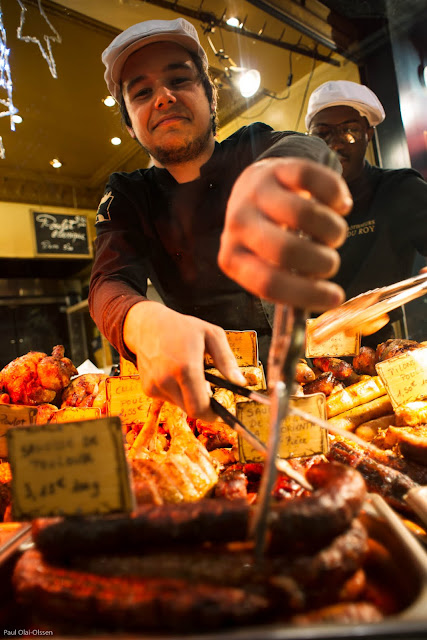 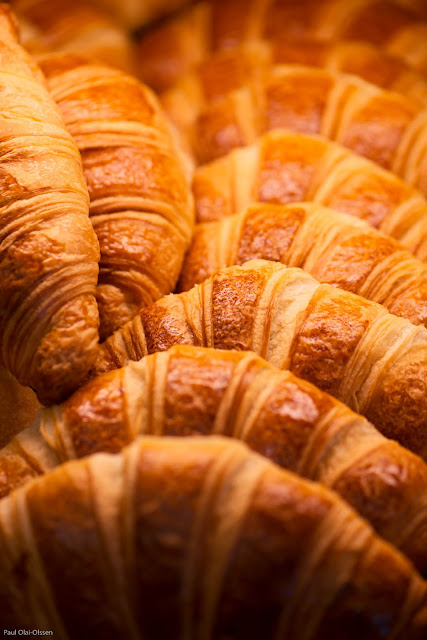 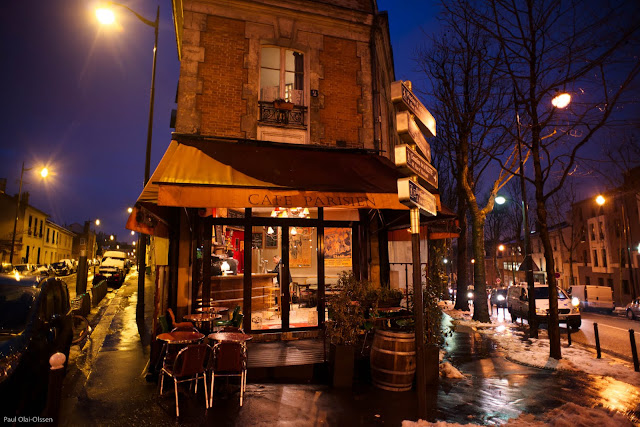 That's the thing about Paris. It has charm.
You can say a lot of nice things about Cairo, but charming is probably not the first word that would come in mind. Paris on the other hand, has charming bars and charming bakeries, cheeseries, restaurants and so on and so forth. I wish the people would be a bit more charming, though ... actually it is a mistery how they can generally be so good looking and chique practically devoid of charm. Charm probably comes from the inside, that might be why it is hiding behind the fanciness of garments and style.

Even animals are styled here, if I am to believe what I see in pet shop windows. You can learn a lot from window shopping, I guess. And from avoiding the Tower, The Arch and The Sacred Heart, next time you visit Paris.